New Splinter Album to be Released later this year !!

New Splinter Album to be Released later this year !!

Yes, you heard first, and read it right, there is a new Splinter Album in the mix !! and it’s one that has been wanted for many, many years!! Called Volume 2 – Splinter Live in England, it will feature a selection of live tracks recorded in concert during various tours of England from 1974 – 1977.

Some of the tracks you will definitely know and love, but some of them have hardly (if never). been heard by many fans. The band were it seems, only recorded on a whim and for company proof during this part of their career. They were never to be a part of a live – in concert album. There was never an agreement or plan to issue that all important live album.

There the matter would have forever rested, but we here at the Legacy Office decided that we would try to rescue and resurrect that elusive album, We searched and collated all that we could, then we began the real hard slog, listening to those very badly recorded tapes!!

It was indeed a labour of love, for we had to ensure that the material would still be relevant in 2021, and then could it be rescued. It has taken a very long time indeed, but we believe we have done it !!

After selection, we then set about that long hard rescue, we did not know how long and hard it would turn out to be. Slowly, the songs began to come alive, and then they began to show their character and relevance to the legacy.

As with Never Went Back we have not remixed, or added any more than what the band performed all those years ago. We have painstakingly cleaned, crispened, and enhanced solely what was on those tapes, and that is the most important part of this whole programme, and it works, and how!! So please reviewers please note!!

Please bear with us, it’s not a tease at all , it is merely letting you, the fans know exactly what we are doing in making this whole Legacy Project the best we can do, and that was and still is our motive for doing this, for it brings Splinter alive in 2021 and makes them relevant to all you out there. It has been a long, long, time, but those years have not been wasted, they have been utilised for you fans out there, and by the way that includes me as well !!

Finally, this album will be previewed first in the world on Groove Britain, and some of the tracks will be aired exclusively to us, and you will all be notified when this happens, so stay tuned and clued in, you won’t want to miss it!!

The inside no3 book is coming along well and is on time to be published later this year too. 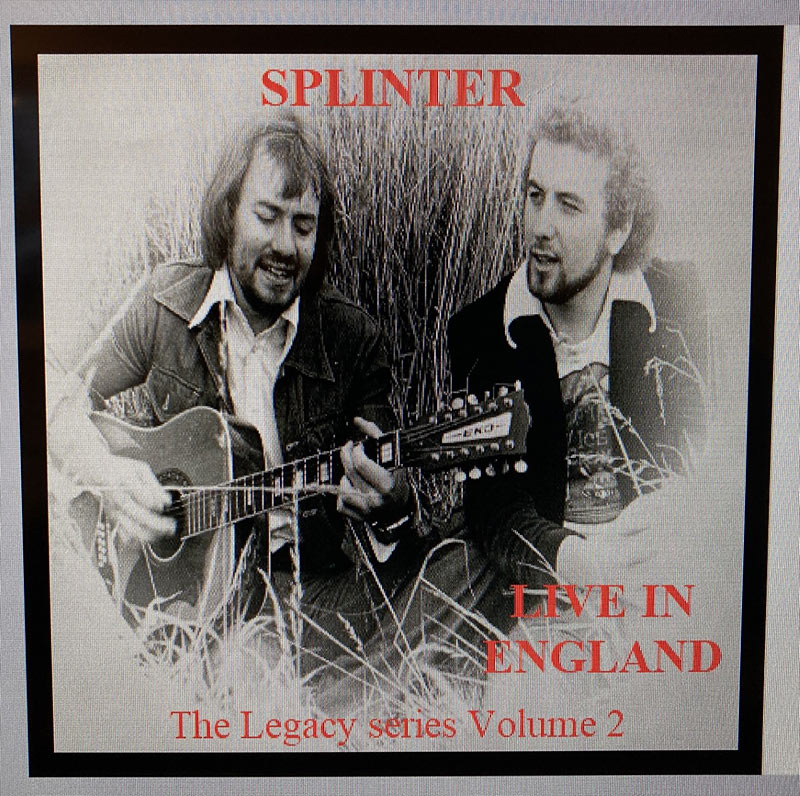 Inside and Outside no3.

Any cookies that may not be particularly necessary for the website to function and is used specifically to collect user personal data via analytics, ads, other embedded contents are termed as non-necessary cookies. It is mandatory to procure user consent prior to running these cookies on your website.